The letters listed are those that are known to have been written between William Mylne (WM) and his mother Elizabeth Mylne (EM), his sister Anne (AM), and his brother Robert (RM) between May 1773 and November 1775. Many were not received and lost due to the uncertainties of mail carriage, and there were undoubtedly additional letters of which we have no specific evidence. Some that we know to have been received have since been lost. Most of the letters to William seem to have been directed to Charleston, all those to Anne and Robert to Edinburgh and London, respectively. “Location” below refers to the place where a letter was written or from where it was dispatched. The normal time of carriage for transatlantic mail was from two to three months. (The letters after November 1775 that are quoted in Chapter 5 do not represent a consistent correspondence and are excluded from this calendar. They are scattered fairly randomly through the family correspondence deposited at the Scottish Record Office.) 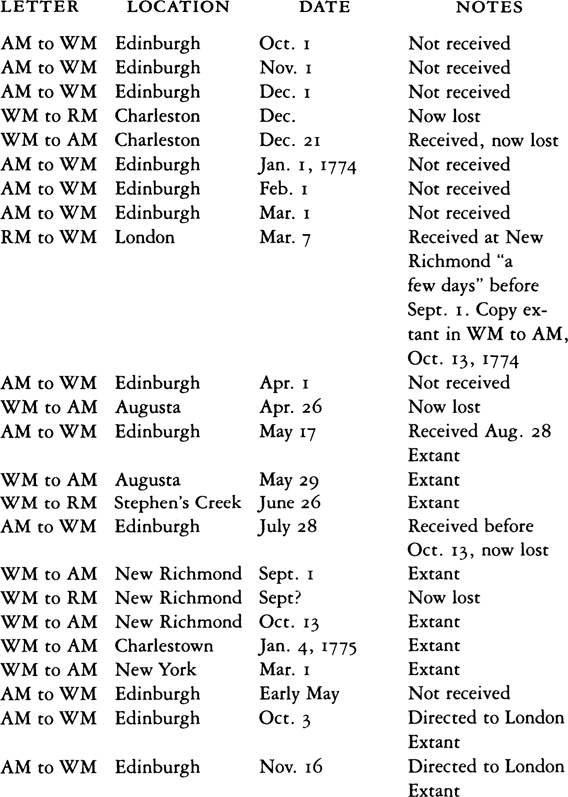