Birchmore took thousands of photos as he cycled around the world. Those that can be located and identified complement, and even expand on, the story Birchmore tells in his book Around the World on a Bicycle. Birchmore's unidentified photos still have plenty to say. Even the many photos from Birchmore's trip that are missing altogether suggest a potentially fascinating story of their own.

Some images below may be clicked for a higher-resolution version. The links to the left will take you to slideshows of all images in this section, including a closer look at Birchmore's camera and some additional photos that remain unidentified.

The photos from Birchmore's journey were taken with an Agfa-Ansco 35mm "Memo" camera. It is still in the family's possession. The Memo was simple, sturdy, and reliable—a workhorse, just like Birchmore's bicycle. To have the film developed and printed, Birchmore mailed it home to Athens, Georgia, where a local studio processed it. 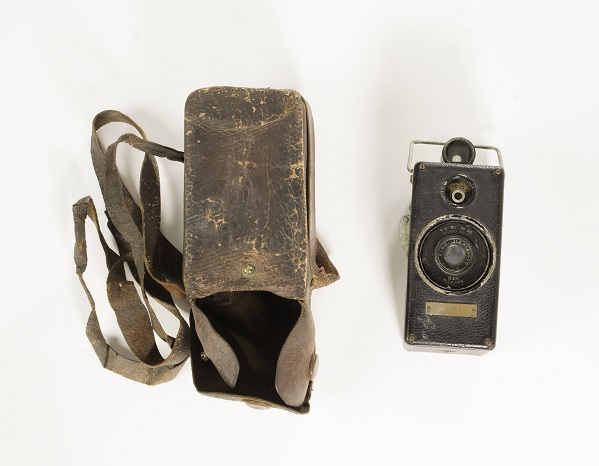 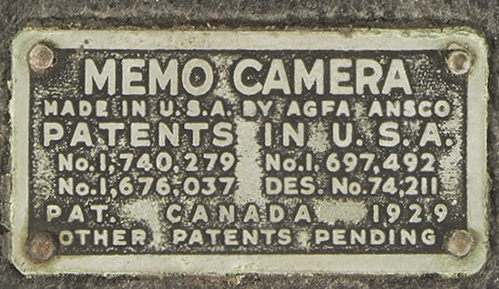 Nameplate on back of Birchmore's camera.

The camera case, slung over Birchmore's shoulder, can be seen in a number of his photos. 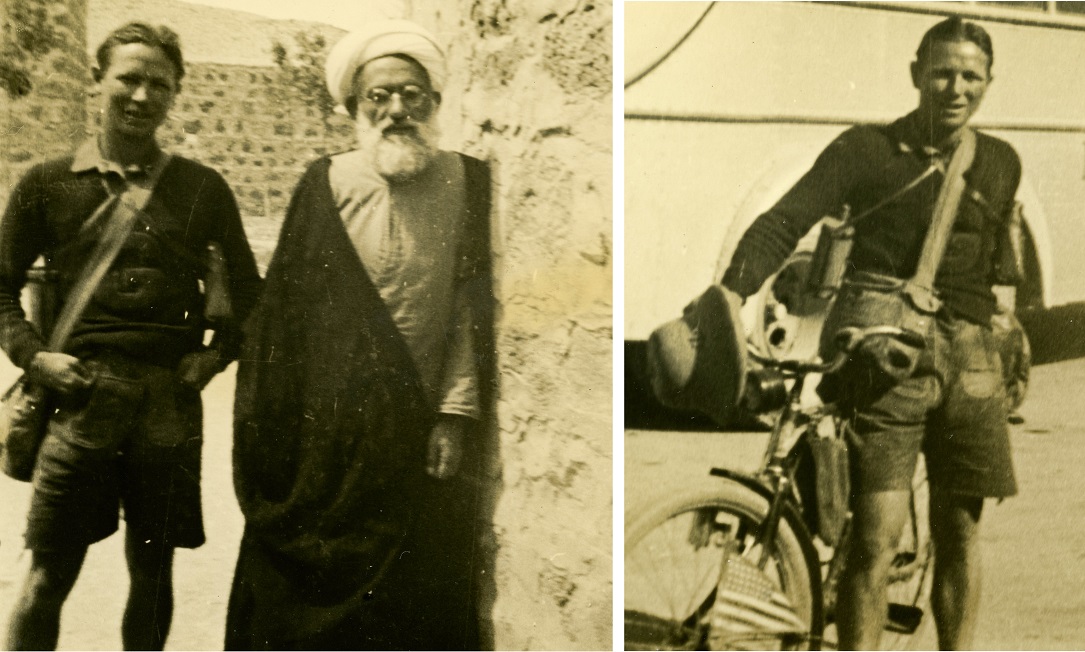 Birchmore was apparently a prolific picture taker, yet most of them cannot be found. Of the 5,000 photos that he said he took on his journey, only a few hundred can be accounted for. One of his children recalls that, during World War II, he sent "thousands of pictures to the War Department." This makes sense on two accounts: Birchmore had photos of some obscure and isolated places that suddenly took on strategic significance during World War II. Also, as a small-but-growing list of books are showing (see Kathy Peiss's Information Hunters), ordinary Americans, including civilians, contributed to wartime intelligence gathering in previously little-known ways.

Aside from the mystery of where so many of Birchmore's photos went (and still may be), there are mysteries surrounding some known photos; namely, where they were taken, or what are they are showing. Here are two examples. The first was taken in the Middle East. Nothing in Birchmore's book alludes to a scene like this. Still, there are potentially good clues on placing the location. One observer has already noted that is probably somewhere close to the Mediterranean. The person on the left (holding Birchmore's bike) is an Anglo-European woman. Once Birchmore left that part of the Middle East bordered by the Mediterranean, it would have been very hard for someone like her to appear in public in an outfit like this. The other photo was certainly taken near Shabash, in Afghanistan. But, what is leaning against Birchmore's bike? He was often offered gifts on his travels, but no mention is made in his book of something like this. More likely it belongs to the boys who are visiting with him.

Birchmore took photos to document his journey. They are good: straightforward and filled with interesting details. Given how many shots he took, it's not surprising that he'd come up with something exceptional now and then. Here is such a photo: a winter scene, showing his bike leaning against a wall on which espaliered trees are growing. The photo was probably taken in Europe, if for no other reason than that his bike appears to be in newish condition (as it would have been at the start of his journey). But, maybe never mind any of that. What we know is perhaps enough: that the image is beautiful, nicely composed, and evocative. 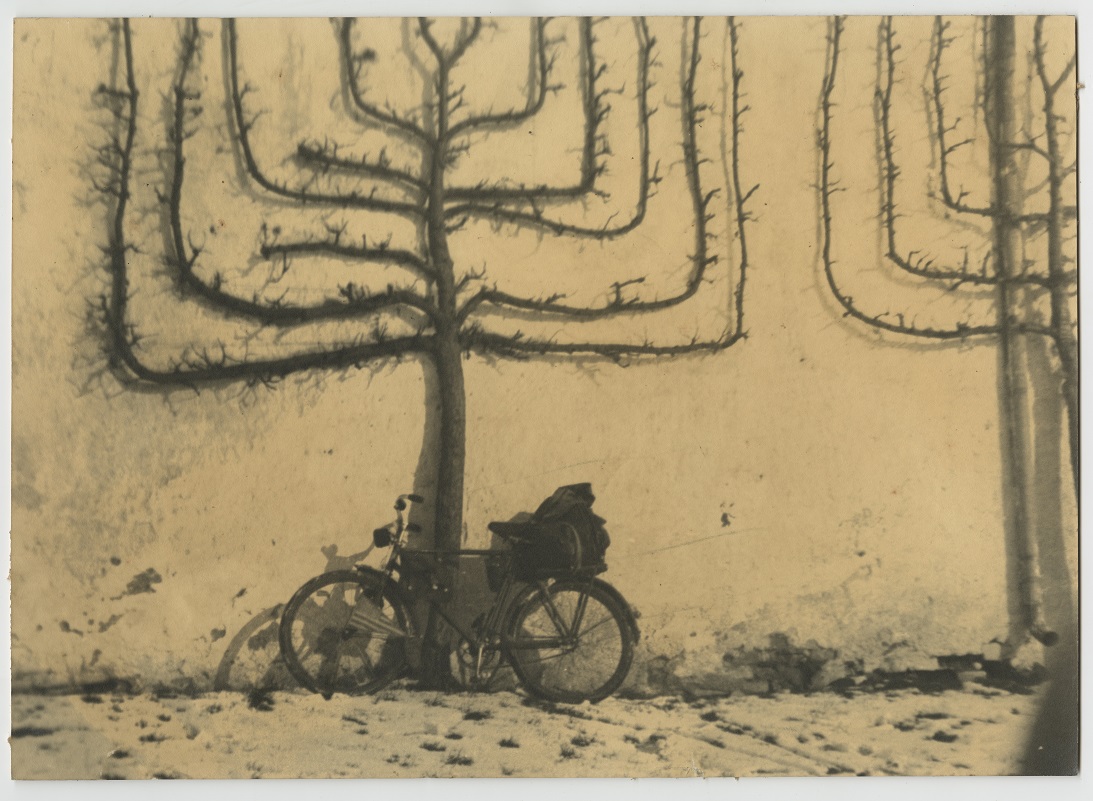 One of Birchmore's yet-to-be identified photos.