Birchmore's 25,000-mile journey might be seen as a series of cycling feats and wonders. Yet one of the greatest wonders is the bike itself.

Birchmore named his bike after Alexander the Great's warhorse. The bike weighed 42 pounds, and had one speed, balloon tires, and a coaster brake. Photos taken along the trip also show a front handbrake—which was removed sometime late along Birchmore's route in Afghanistan, or soon after he entered India. In light of the options available to a present-day long-distance cyclist, Birchmore's bike is less of a horse than it is a tank. 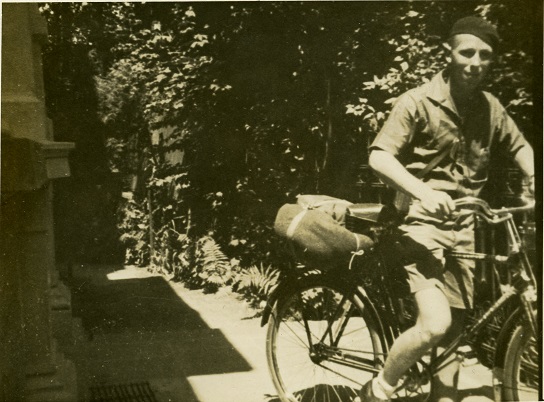 Fred Birchmore in Germany, embarking on a tour of Scandinavia shortly after he purchased his bike.

Despite any drawbacks, the bike's reliability and sturdy simplicity got Birchmore through many tight spots. It weathered extremes of hot and cold, wetness and dryness. It survived crashes that would have caused far more damage to fancier bikes. When it needed repairs, miles and days from the nearest bike shop, it proved amenable to improvised fixes. Bucephalus took Birchmore along 25,000 miles of mostly rough—and often treacherous—terrain. Birchmore would end up wearing out 4 seat covers and 7 sets of tires. 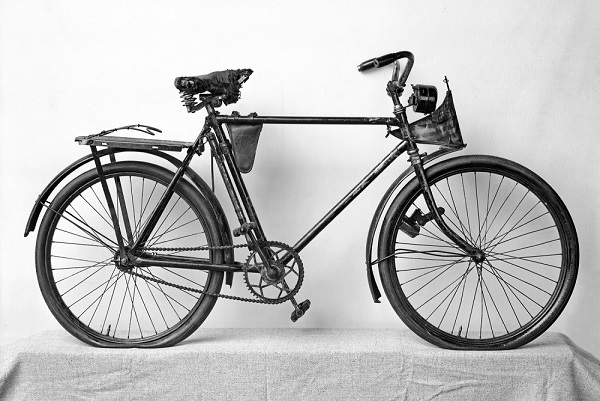 Birchmore's bike on display at the Smithsonian after his round-the-world journey. Note the worn condition.

Here is Birchmore, writing about the day he bought his bicycle:

"After two days of sight-seeing in Rotterdam and The Hague, I left for a short visit with friends in Gotha, Germany. There I purchased an excellent Original Reinhardt bicycle. It was a case of love at first sight. The moment I first laid eyes on the beautiful blue steel frame of this sturdy steed, I knew that Bucephalus was meant for me. It was merely a matter of seconds before I had dashed into the bicycle shop, flung sixty-seven Reichmarks on the counter, and breezed out the door with my new found friend."

The bike is an Original Reinhardt, made by Fahrradfabrik Otto Reinhardt (the Otto Reinhardt Bicycle Factory) in Bielefeld, Germany. This sales flyer for Reinhardt bikes confirms that his bike was the R10 model, shown on the first page. 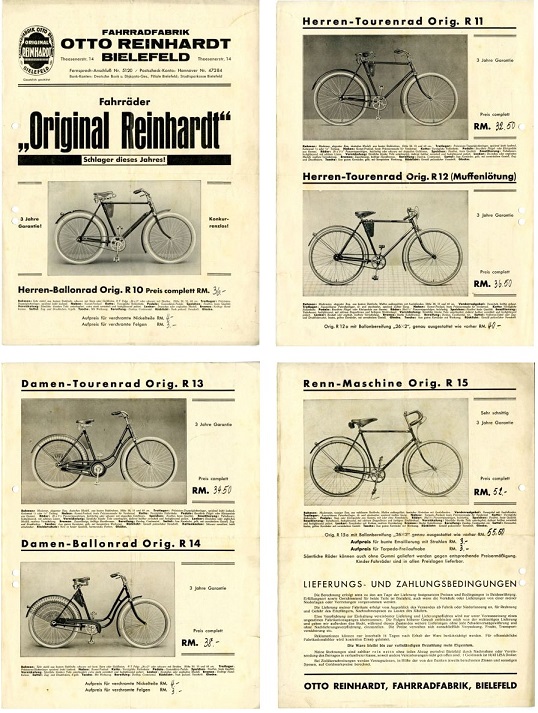 Bucephalus and Birchmore are an established presence in cycling history, and their story reappears regularly in cycling magazines, blogs, and online forums. Bucephalus has even inspired the name of a bicycle repair shop in Evanston, Illinois. 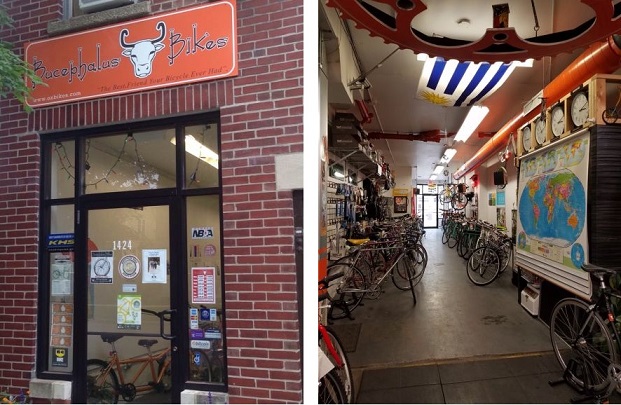 Birchmore himself is associated with a term for a "do-it-yourselfer or independent-minded cyclist who doesn't follow the cycling styles or conventions pushed by advertisers." To be a "Fred," one rides apart from the inner circles of serious, dedicated cylists—people for whom cycling is a way of life. A "Fred" is someone, like Birchmore, who has the endurance and will of a serious cyclist, but who doesn't necessarily aspire to be one. There is also another kind of "Fred," who tries to buy their way into cycling circles by acquiring fancy, usually showy, equipment and who is often lacking in road etiquette. Unlike Birchmore, these "Freds" don't have the heart of a serious cyclist.