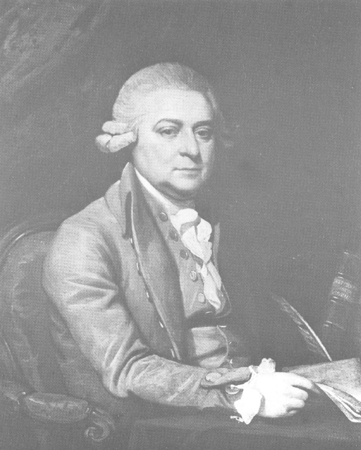 Thomas Jefferson’s visit with John Adams in London, in 1786, led to a happy exchange of portraits between them. At the urging of Adams and his wife Jefferson agreed to sit for Mather Brown, a young American painter; and the finished portrait soon graced their house on Grosvenor Square. After repeated promptings from Jefferson, Adams reciprocated, sitting for Brown in 1788. When Jefferson received the portrait it was presumably hung at his residence, the hotel de Langeac, in Paris. Both men received copies of their own portraits as well. John Trumbull, another young American artist abroad, remarked to Jefferson of the two portraits, “Mr. Adams’s is like. Yours I do not think so well of.” This was the prevailing judgment of the time and present-day students are inclined to agree with it. The likeness of Adams (with Jefferson’s Notes on Virginia at his side) lacks force and energy, but it is direct and straightforward, unmarred by affectation of any kind. The same cannot be said of Brown’s representation of Jefferson, which is dandified, soft, dreamy, and listless. Everyone in Paris, it was said, considered the portrait an étude. 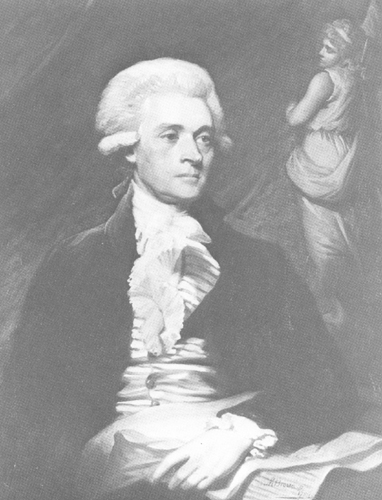