Birchmore's account of his cycling odyssey in 1935–36 is told in the book Around the World on a Bicycle. Here is an overview of the book's 80-year-old history, with a particular focus on its initial publication.

Around the World on a Bicycle first appeared on February 15, 1939, with an initial printing of 2,500 hardcover copies. It was the second book ever published by the University of Georgia Press, which was founded in 1938. Now that he was finished with writing, editing, and other prepublication duties, Birchmore channeled his considerable reserves of energy and sociability into promoting his book.

Promotional flyer for the first edition

Close to home, in Georgia, Birchmore had signings, and gave talks and interviews in Athens and Atlanta.

Ad for a lecture and book signing for the first edition

Birchmore had made bigger plans, however. A national book tour—by bicycle, of course—was the centerpiece of his efforts. The tour was an eye-catching hook on which to hang a promotional campaign—but it served another purpose, too. Birchmore was a bit bothered that the final leg of his round-the-world journey had been by automobile. When his ship from the Philippines arrived in San Pedro, California, in the fall of 1936, Birchmore was intercepted by his family at the docks. Knowing the strength of Birchmore's wanderlust, his family was justifiably concerned that, upon landing, he might take off again and two-wheel it back to their home in Athens, Georgia. The book-tour-by-bike was a chance to close the circle left open two years earlier.

Birchmore had company for the entire tour, his friend Willard Broach. The tour first took them up the east coast, where the first major stop was at the 1939 World's Fair in New York. The University of Georgia had an exhibit there, which included a display of "Georgia Books—Old and New"—among them was a copy of Around the World on a Bicycle. 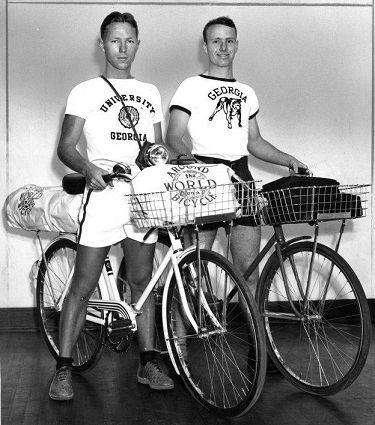 The pair then headed westward (and sometimes into Canada). After reaching the west coast, they headed back to Athens, Georgia, with stops in Mexico. They rode 12,000 miles in four months, averaging about 100 miles per day. Birchmore wrote ahead to newspapers, radio stations, and bookstores on his route, in hope of arranging interviews and events at various stopping points.

Adding both to the tour's drawing power and its logistical challenges, a traveling display, put together by Birchmore, was made available to some venues. The display included blowups of photos from the book and mementos of Birchmore's travels. 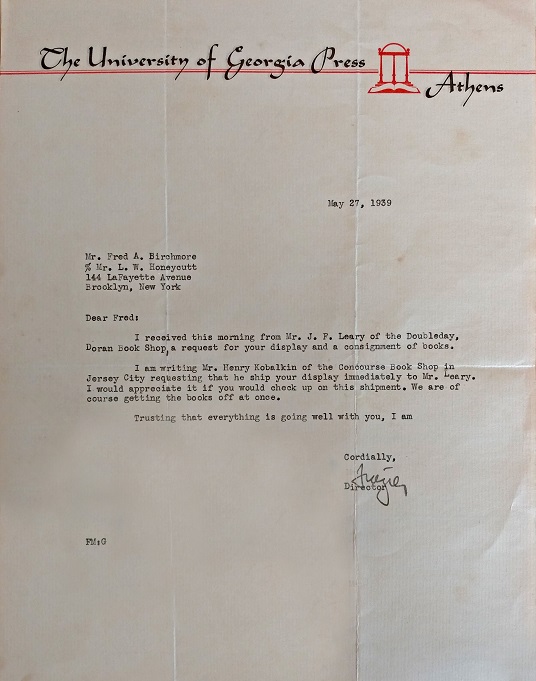 The book was reviewed in newspapers nationally, and in specialized publications for libraries, cyclists, and other interest groups. "Off-the-book-page"coverage was generous, as well. For example, a "Men of Daring" feature appeared in the September 23, 1939 issue of Argosy. 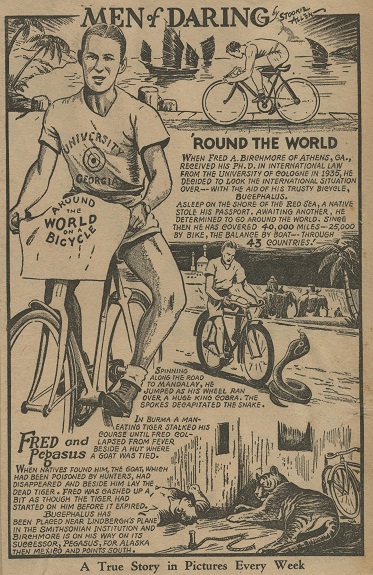 Clipping of the "Men of Daring" feature in Argosy magazine

Also, a "Ripley's Believe It Or Not" feature appeared in TIME magazine, in it's September 2, 1940 issue.

Clipping of the "Believe It or Not" feature in TIME magazine

The book showed some staying power. In 1944, long after initial promotion and publicity had ended, Birchmore's story was serialized, comics-style, in the adventure magazine Open Road for Boys, from February–December.

Birchmore's journey never failed to gain media attention, even decades after its completion. The original edition of Around the World on a Bicycle, however, eventually went out of print. In 1997, it was reissued in paperback, in a limited printing, by the Birchmore family under the Cucumber Island Publishers imprint. The Cucumber Island paperback edition had a new type design. It kept the original edition's photo layout, but added a few more images. Other features of this edition included a new foreword. 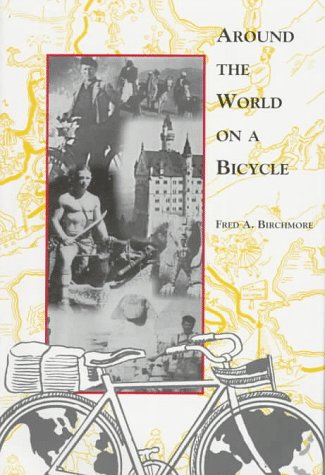 Front cover of the second edition

In 2020, the University of Georgia Press, the book's original publisher, issued a new paperback edition. It features a new type design and a new photo layout that includes substantially more photos than previous editions. All photos have been digitally restored to get the best possible reproduction. Also included is a new foreword by cycling historian David Herlihy. An ebook edition is also now available, for the first time. 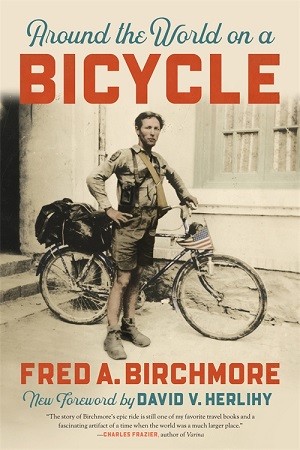 Front cover of the third edition