George Walton, President of the Council of Safety, December 11, 1775.1

William Ewen, President of the Council of Safety, February 20, 1776.

RULES AND REGULATIONS OF 1776

Stephen Heard, President of the Executive Council, May 24, 1780.

COLONIAL GOVERNMENT DURING THE REVOLUTION

ROYAL ASSEMBLY IN THE COLONIAL PERIOD 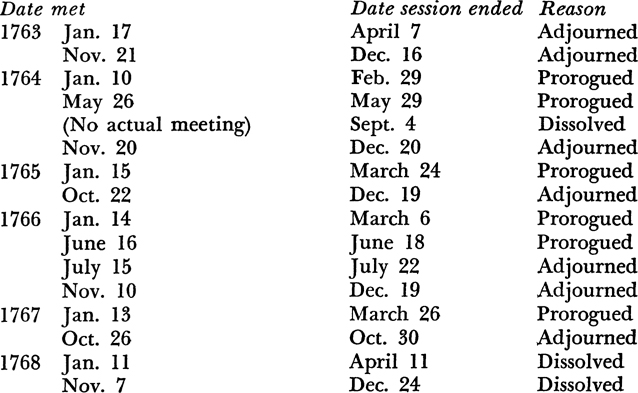 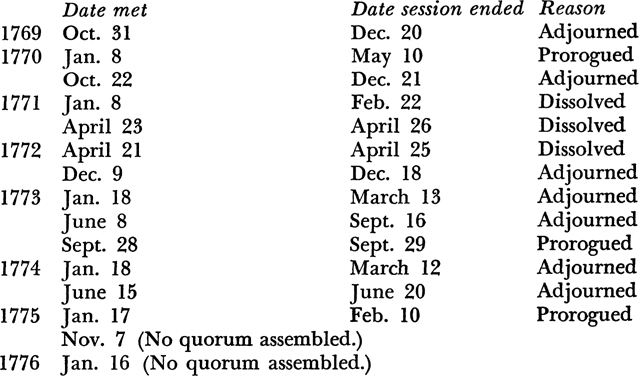 ASSEMBLIES UNDER CONSTITUTION OF 1777

From this date no complete journals are extant. The following dates when the assembly was actually known to have been in session are from the Royal Georgia Gazette. Apparently in 1781 and 1782 there were many short sessions and frequent adjournments.

1. It is not certain whether Ewen served until Walton was elected in December.

2. Presumably both Wereat and Walton claimed to be the chief executive from November, 1779, until January 4, 1780.

1. A new number is assigned after each new election.

2. There were probably adjournments in this period, but insufficient records exist to determine positively.

3. This Congress was usually called a Convention. It carried on the same type of legislative business that other Congresses had done and also wrote the Constitution of 1777.

4. There were probably adjournments in this period, but no proof is available. The date of expiration is unknown, but it was February 24 or a few days earlier.

1. Walton was a member of the committee of three in Philadelphia for the period of Dec. 21, 1776 through March, 1777. This was Congressional business though attendance at Congress is not recorded for this period.

2. Baldwin was in New York, but there is doubt if he presented his credentials or attended Congress in this period.