I am one of those biology teachers who show the infamous childbirth video. You may have seen it in biology class, too. It starts by discussing conception; then there is a long, boring section about the growth of the fetus; and then, finally, it cuts to a live shot of a woman in labor and the next thing you know you’re looking at a human head bulging out from between a woman’s legs. There is a lot of fluid and a little blood … and always a few of the young men in the class turn white and put their heads down on the desk. Then the baby cries, the music swells, and the video is over. But the video ignores an important part of childbirth.

“WHAT IS IT?” I ask the class. “What happens next? What have they neglected to show us about the birthing experience?” Usually no one knows; if they do know it is only because they themselves have attended a birth. It’s the placenta of course, the afterbirth. And they squirm at hearing those words come out of my mouth. These are words Westerners normally don’t use in polite conversation. Our cultural blindness to the placenta is so strong that a crucial part of childbirth is not even shown in an educational video. One of the reasons I show the video is so we can have this discussion. And I want to have the discussion because I, myself, was not taught about that part of childbirth. When my time came I lay there, a woman with the words honors and distinction on her bachelor of science degree, and was taken completely by surprise by the delivery of the placenta. Nothing but a little glimmer of recognition in my brain; oh, yeah, that thing.

So what happened to my daughter’s placenta? I have no idea. It was never discussed; certainly no one offered it to me. There are credible reports of placentas being sold by the pound to European pharmaceutical companies, but most of them are probably incinerated along with the other hospital waste. To tell the truth I really don’t care what happened to it, but in more earthbound cultures the handling of the placenta is surrounded by tradition and ritual. Why this discussion of placentas in a book about trees? I am finally coming to my point.

In many cultures trees and placentas are intimately associated. A physical examination of the placenta reveals its resemblance to a tree: there is a “trunk” (the umbilical cord) and “branches” (the branching veins and arteries). But the placenta is associated with trees in more ways than appearance. While visiting a Balinese family in Indonesia I was first introduced to their toddler and then shown where her placenta was buried under a thriving young coconut tree. “Tree grows strong, baby grows strong,” was how it was explained to me. Similar customs are practiced throughout the world. 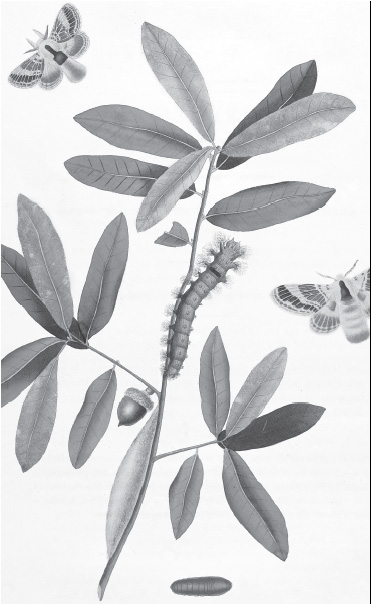 Among the indigenous people of the Pacific Northwest the father of an infant would carry the placenta to the base of a young spruce tree hoping that the baby would grow as tall and strong as the tree.1 In Africa, the father of a child from the Karen tribe takes the placenta deep into the forest and places it on the branch of a tree. When the child is old enough he is introduced to his “life tree.”2 Burying the placenta under a fruit tree is an ancient European tradition still practiced in many places. In Maori culture the word whenua means both “land” and “placenta.”

A fascinating consilience, but what does it all mean: Why a tree? What deep human instinct prompts us again and again, all across the globe, to equate a human life with a tree’s life? Wherever the impulse comes from for equating trees with humans, or humans with trees, it goes beyond cultural rituals and traditions such as the handling of the placenta. There are many, many examples in poetry, literature, and art that merge the two organisms. Even the Bible draws the analogy between humans and trees. Both Psalms 1:3 and Jeremiah 17:8 say that the righteous man will be like a tree planted by the water.

Michael Perlman examines this topic in depth in his book The Power of Trees. He writes:

The persistence of the human-tree analogy, in spite of
all anatomical or physiological knowledge of how different
trees are from each other, let alone human beings, points to
the depth at which trees have a hold on our imaginations.3

The Thai monks I described in my essay on the September 11th Memorial Forest personified trees as monks, and I did a similar thing when I identified the trees in the memorial forest with the people killed by terrorists on September 11, 2001. When I first thought of the idea for the memorial forest I thought it was a unique concept. Although the memorial was fashioned after what the monks had done, they did not make the trees represent particular people, only a class of people. I realize now that the impulse is universal. When one of my fellow faculty members died, we dedicated a tree to him. When a plane crashed on the way to the Dominican Republic in October 2001, a memorial grove was planted for the victims a year later.4 Now even the U.S. Forest Service is sponsoring a “Living Memorials” tree-planting project.5 There are thousands of examples like this; you probably know of some yourself. I have no answer to the question of why we equate trees with humans. Perhaps it has something to do with their life span, or their upright stature, but the question is a fascinating one.

Then there is the second question: If we equate a tree’s life with a human life why do we show trees so little respect? One clue to answering that question is that we don’t always show respect for human lives either. Riane Eisler, in The Chalice and the Blade, says that dominance by an androcratic, “blade,” culture is responsible for many of our inhumanities to fellow humans, both in the past and in the present.6 I am not a man-hater trying to say that men are responsible for all our environmental problems; I know and love many gentle men, and certainly there are many women on the planet responsible for careless environmental damage. Those who are violent toward each other, however, are also those who tend to be violent toward the earth and its trees. The parallels exist here whether we are talking about cultures or individuals. If our never-ending prayer for “Peace on Earth, Goodwill toward Men” is ever answered, I have a feeling the trees will benefit too.

NOW WHAT ABOUT the young American couple with a placenta to dispose of? Sometimes it feels as though the only rituals we have in contemporary America are those we have made up ourselves. These are not rituals taught to us by our elders, they are rites we have plucked from the universal, archetypal ether. So what does a couple with no cultural placenta rituals do when trying to live thoughtfully, authentically? If the couple has planned a nonviolent homebirth and is trying to go through the entire process with awareness and intention, the latest advice from the alternative birthing community is to bury the placenta and plant a “placenta tree.”

If this is what we’re plucking from the universal ether, maybe there is hope for the trees after all.