Mostly to avoid watching the war news on television, I decided to hike out and visit the loblolly pine (Pinus taeda) that stands near the spillway connecting the pond with the river. I was hoping to see an eagle (Haliaeetus leucocephalus). I have often startled eagles from that tree as I approached— distracted and forgetting to look for them there. But today I was alone and undistracted and I had my binoculars. I checked the tree from a long distance away as I approached the pond, but I didn’t see any eagles in it. For years I have fantasized about climbing that pine tree and waiting silently until an eagle came to roost beside me— unaware of my presence.

I was shaken from my fantasy by the sight of a large, dark bird flying from the river toward the tree: an eagle! It landed right on the branch where I had pictured myself camouflaged and waiting. But here I was on the firm ground, far from the tree. I lay down on the cool grass in a shady spot and settled in for a good, long watch. The eagle was facing me, and I could see that it was immature: still with the mottled feathers of a youngster on its chest and no white on its head or tail. 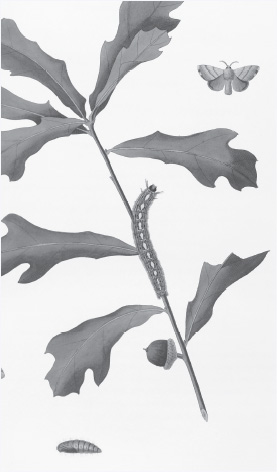 Watching an eagle through binoculars is a strange experience because they have such amazingly acute vision. They can see clearly for five miles! So as you are watching through the lenses you know that they can see you as clearly as you can see them. And they always seem to be looking back, as if they can sense when they are being watched. The young eagle and I watched each other for a time. I don’t know what the eagle was thinking, but I started thinking about eagle nests. All the eagle nests I know of in this area are in loblolly pine trees. Here on the farm we have a few stately old loblolly pines that I think should be perfect for an eagle’s nest, but year after year the trees remain empty. I silently encourage the birds when I see them. “Here,” I say to them by telepathy, “this is a good spot.” But so far they have ignored my suggestion. The eagles obviously like the tree by the spillway; there is abundant food nearby: fish from the pond, fish from the river, field mice, baby ducks. But when it is time to nest they fly toward the forest— and not my forest, either, the neighboring farmer’s forest. They fly to the tallest tree in the forest, a loblolly pine, and those who know exactly where to look can see the tree and the massive nest built from sticks carried one by one to the top of the tree.

ONE DAY A FRIEND and I decided to hike to the base of the eagle’s nest tree. There were no paths to it, so we had to keep looking up to keep the tree in sight. When we finally got to the base of the tree there was no question that we were in the right spot. The ground all around was littered with bones— leftovers the eagles had tossed overboard to keep their nest clean and tidy. I wondered whether this nest tree was the tallest one when the eagles selected it or if nutrients from the eagle excrement and debris had been fertilizing the tree, accelerating its growth.

We couldn’t see inside the nest that day, looking straight up from the ground, but one afternoon I was lucky enough to peer down at it from a small airplane. I was accompanying an avian researcher who was surveying local eagle populations. It’s not necessary to spend your days in a cubicle— there are some good jobs out there.

I know of another eagle’s nest nearby, also in a loblolly pine tree. The tree is just barely outside our most popular county park, which is, not coincidentally, one of the few woodlands open year-round to the public. Because the eagles added sticks to their nest every year, as eagles do, the nest got so huge and heavy that during one extremely windy night the top of the tree snapped off and the entire nest—they can weigh tons— came crashing to the ground. Luckily there were no eggs or young birds in the nest at the time. I had my fingers crossed that the birds would rebuild the nest in a tree inside the park property. But humans are the only animals that understand property lines; the eagles rebuilt in another loblolly pine literally a stone’s throw from the park boundary. So the nest was still on private property.

When I first saw the property it had a For Sale sign on it. The entire area was subdivided for housing lots, and one of the lots came complete with its own eagle’s nest. The park manager and the park czar knew about the nest and the lot for sale—why didn’t they buy it?! Eagles return year after year to the same spot, and it made sense to me that the county should extend the park just that little bit to include the nest. Good for the park and good for the birds. But they didn’t. What about the developer, I thought: a local man with plenty of money in the bank, numerous properties, and many other lots in this subdivision for sale. Couldn’t he donate this one small lot to the county park? He knew about the eagle’s nest, but I don’t know if he ever seriously considered donating the lot. I always meant to call him on the telephone and ask him outright. I should have. I told a lot of people about it, but none of them did anything, either, and the next time I visited the park a house was being built on the lot.

My mother is an artist; in one of my childhood bedrooms she painted a mural on the wall that read, “We grow too soon old and too late smart.” Do we ever.

AS I WATCHED the immature eagle roosting in my pine tree, hoping that this would be the eagle that would someday build a nest on the farm, I heard high-pitched bird squeals coming from my left. An osprey chasing a mature bald eagle came into sight, the osprey screaming her right to the area. The eagle was stunning, bright white head and tail shining in the sun. She flew toward the loblolly pine and landed as the osprey circled away. Now I was watching two eagles, parent and youngster, and they were watching me.

Things of This World